The soil at Mansard House is far too fertile for the traditional wildflower meadow. Owing to the fact that we are on alluvial flood plain; essentially silty loam. I have managed it as a wildflower meadow and managed to achieve some good diversity. Ragged robin, early purple orchid and cuckoo flower, to name a few – I didn’t plant them, they just came and liked my management regime: cutting at the end of July, removing the clippings and repeat twice more.

At first, I didn’t want to meddle too much, but did sow yellow rattle to weaken the rank grasses. Yellow rattle is semi-parasitic of grasses and really makes a difference and as a result, we have much more species diversity.

Last autumn I decided to meddle some more and planted several hundred bulbs to further embellish the meadow. I thought that if the greatest C19th gardener William Robinson could do it in his garden at Gravetye Manor, so could I.

The season began with two Narcissus: Febuary Gold (despite its name, it flowers in March) and an old favourite, Seagull. Loving our moist soil, Leucojum “Gravetye Giant” followed next at the end of April and lasting quite well into May. Though our new rescue lurcher Neville, did like to chew the heads off, hopefully they will proliferate in years to come. But perhaps the most successful has been Camassia. I planted both C. leichtlinii and C. quamash that pretty much flower at the same time and look great together. The latter being smaller but a more intense blue. They look particularly spectacular backlight in the evening or at sunrise. When the sun is overhead, blue can look a little washed out. They too should love the soil and will also multiply.

Next up will be the wildflowers to enjoy! 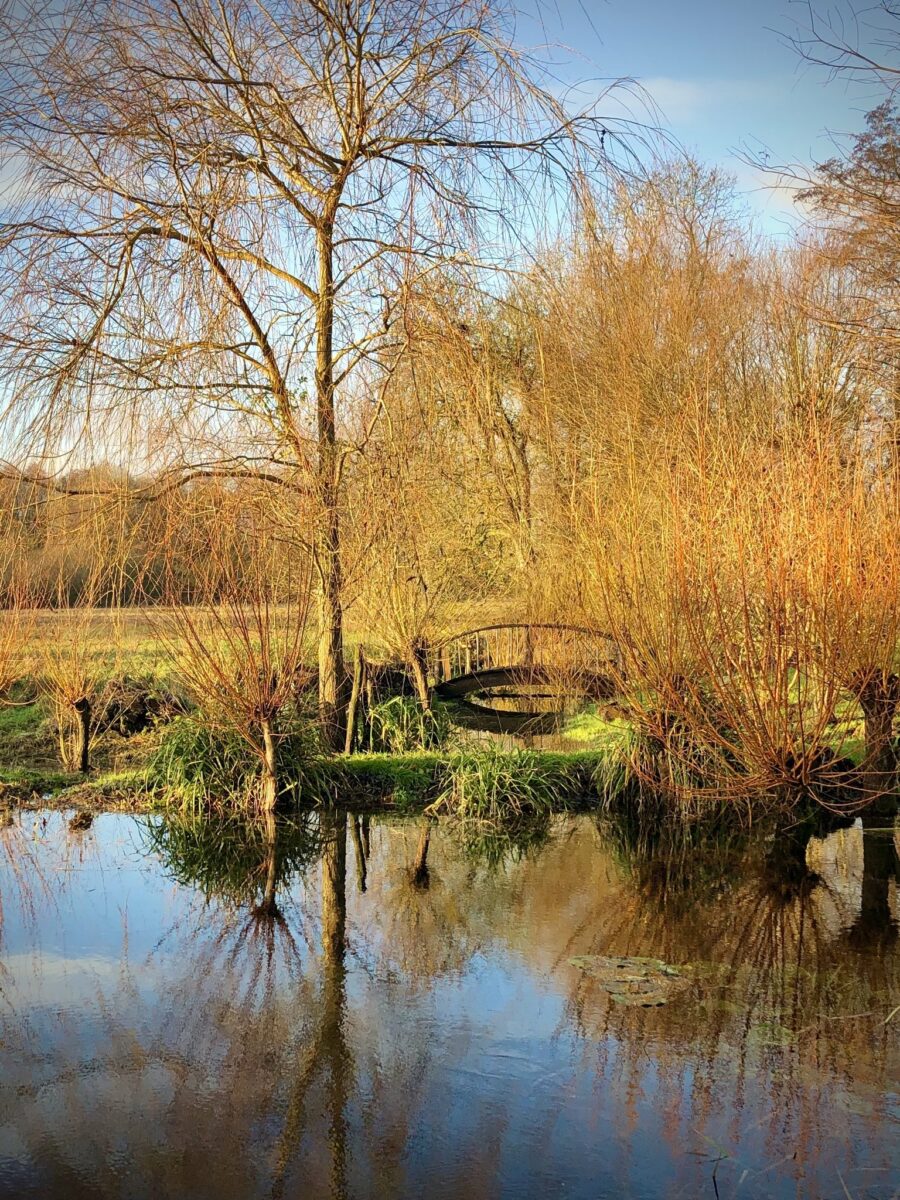 I am delighted to be talking at the Society of Garden Designers Autumn Conference with this prestigious list of speakers, hoping you will be able to join us at The Royal Geographical Society in London. …

Finally we have had some rain here at Mansard House in Suffolk. Since May we have only watered the polytunnel and everything else has had to take turns with the washing up bowl contents. Many …