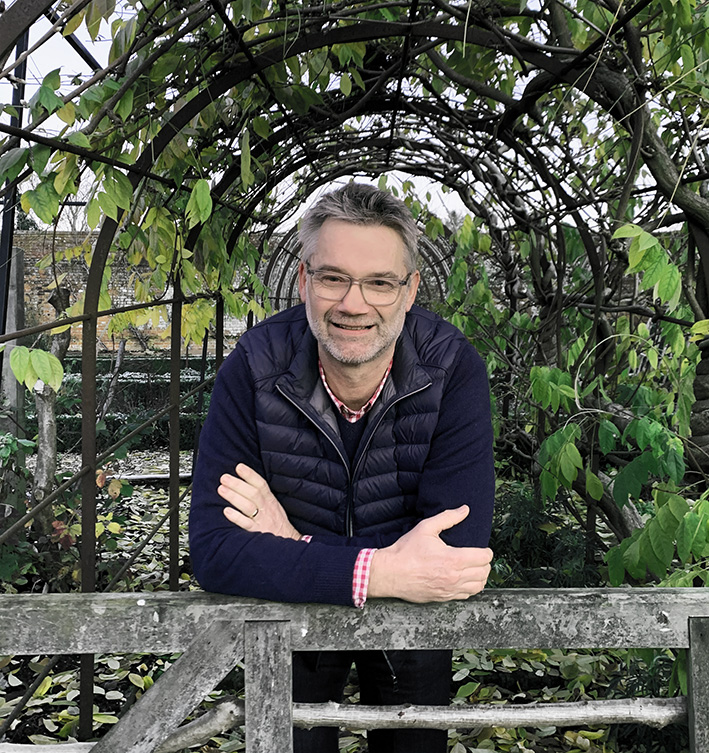 Jason has been in the Landscape and Garden Design & Build industry for 34 years as a designer and also as a contract/project manager.

Jason started his career with Notcutts Landscapes before becoming the Landscape Director after 20 years. He was also responsible for some of the many Gold Medals Notcutts won at Chelsea in the Floral marquee. During this time he was also an active member of the Association of Professional Landscapers Committee, and their Chairman for 4 years. In 1994 Jason became a member of the Society of Garden Designers and was a full member for 27 years until September 2021 when he stepped back from design work.

In 2013 Jason became a judge for the British Association of Landscape Industries and remains an active judge for their National Awards Scheme.

Jason ran his own Garden Design business from 2008 which ran successfully for 9 years before leaving to join Bowles and Wyer as Head of Design & Build, working on high end residential projects.

During his career he has won numerous medals at Chelsea, Gardeners World Live, APL Awards and a Finalist at the SGD Awards

Jason joined Tom in December 2021 as Project Manager and brings a wealth of knowledge and experience to the team.