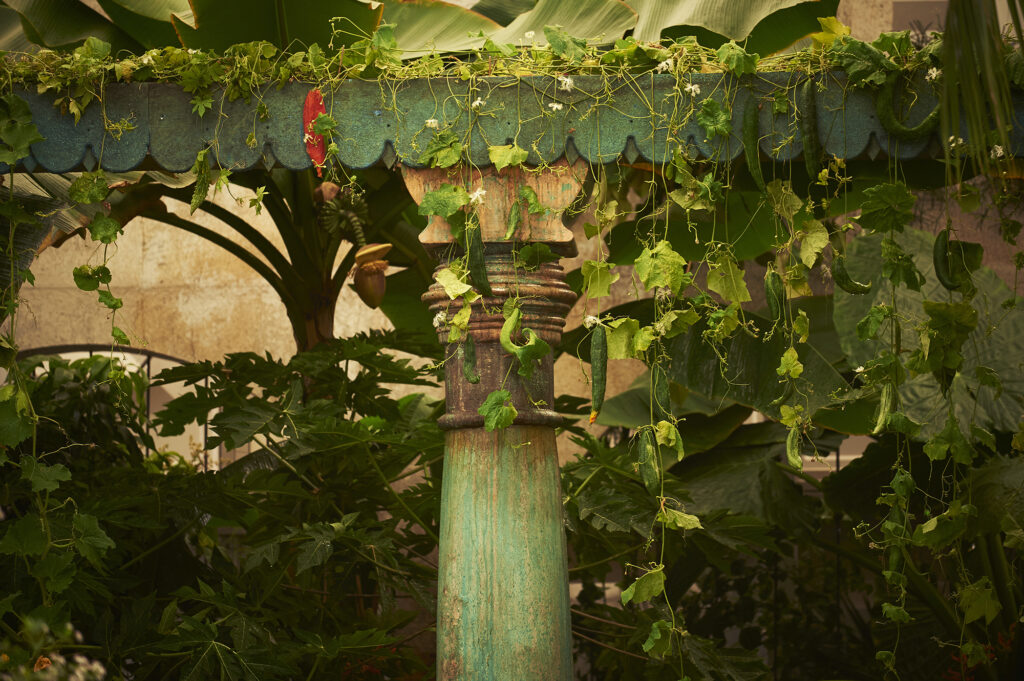 Tom has shown at RHS Chelsea for a number of years and has collected many medals for his work – these are a few of his past projects. 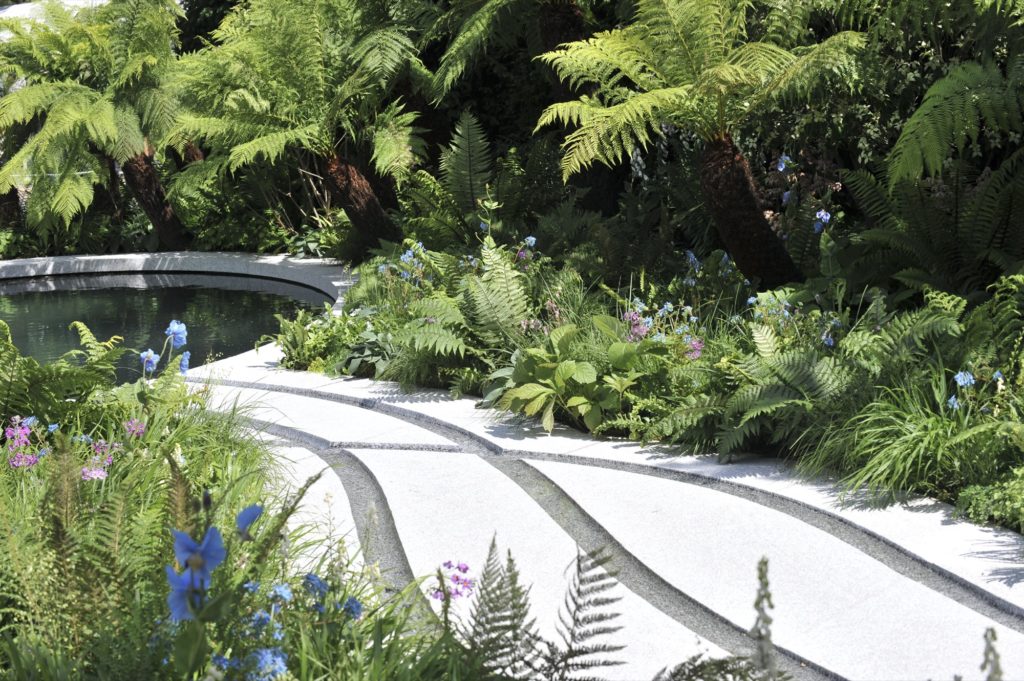 A garden based on childhood memories of holidays spent in Cornwall, be it time spent on the beaches or being dragged around Bodmin moor, various features have always stayed with me. The pavilion was inspired by the Cheeswrings – huge wind-sculpted granite slices impossibly balanced on top of each other. A sinuous water feature carved into genuine Cornish granite is reminiscent of streamlets found crossing sandy beaches to the sea. The garden was generously sponsored by Homebase and was relocated to the Eden Project where it can still be seen today. 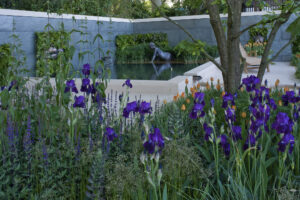 A Mediterranean garden inspired by Voltaire’s Candide featuring various places mentioned in the book. For example, the flow-form water feature represented the rapids that wrecked Candide’s canoe in his search for his lover. A series of sculptures represented Candide’s lusty thoughts during his quest. This was a collaborative project with Foreign & Colonial Investments and Homebase. 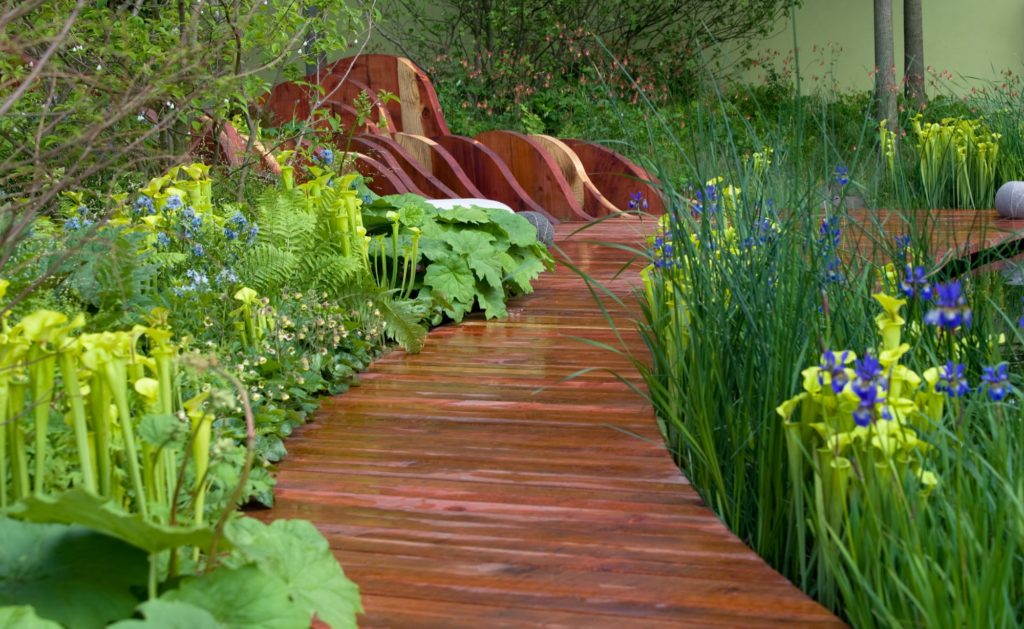 Inspired from a trip to SE USA to study wetlands and their dependency on fire, the garden carried an environmental warning of how sensitive these habitats are to pollution and climate change. The wetland garden represented a bog with ornamental versions of native plants one would expect to see in the wild. Using a storm-felled Wellingtonia, a series of decks and boardwalks created a seating area overlooking the garden. The garden was created on a shoe-string budget and was kindly part funded by a private client in East Anglia; it’s relocation to their gardens was featured on Channel 4’s ‘The Landscape Man’. 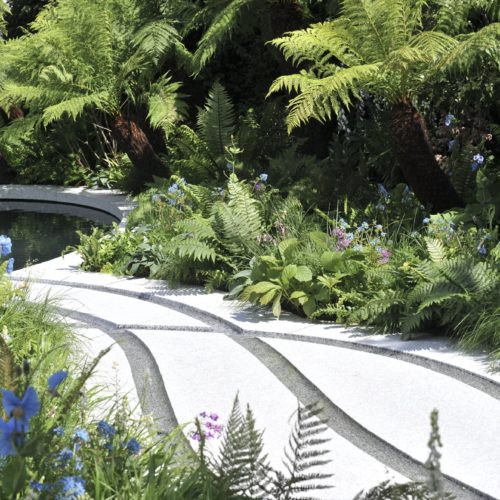 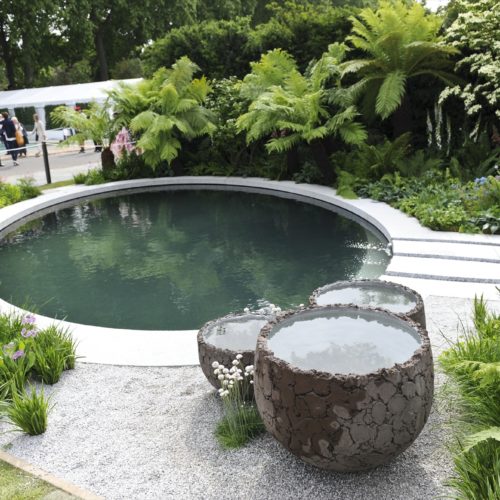 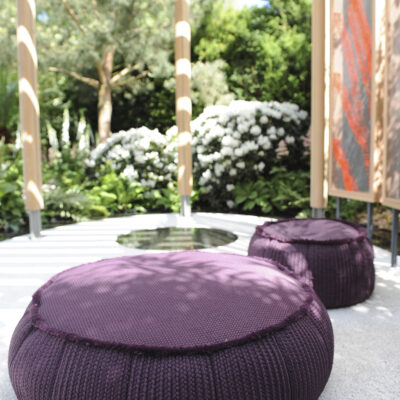 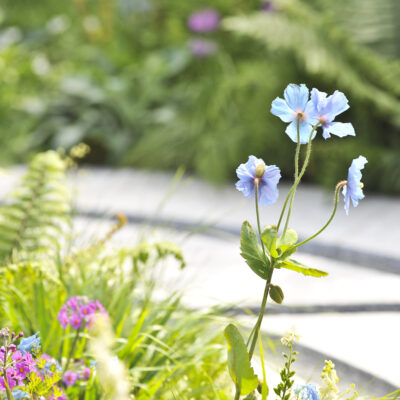 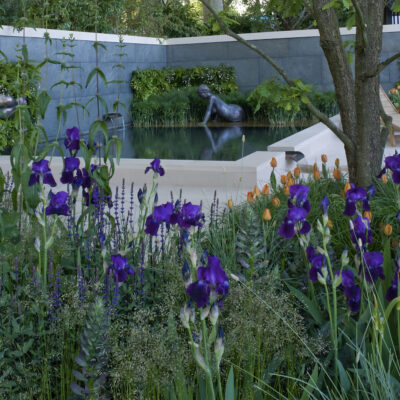 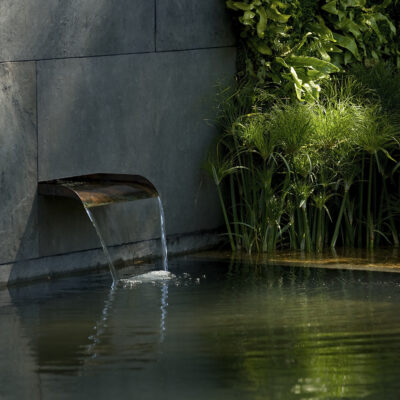 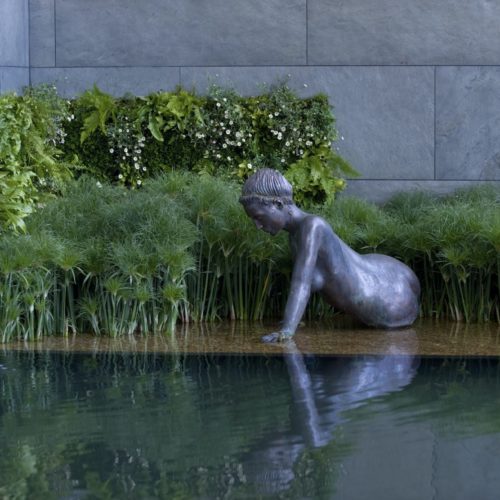 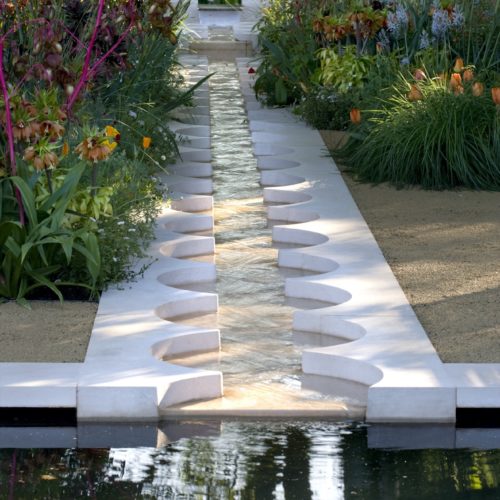 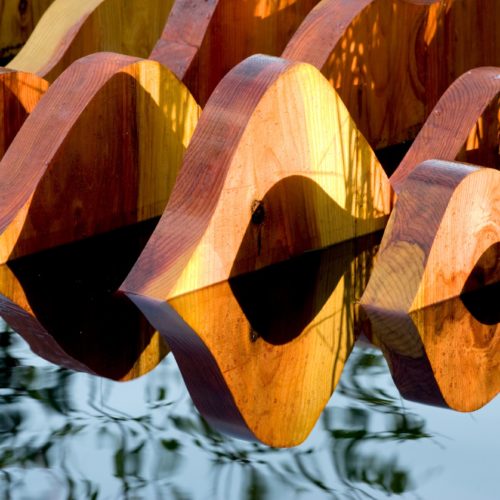 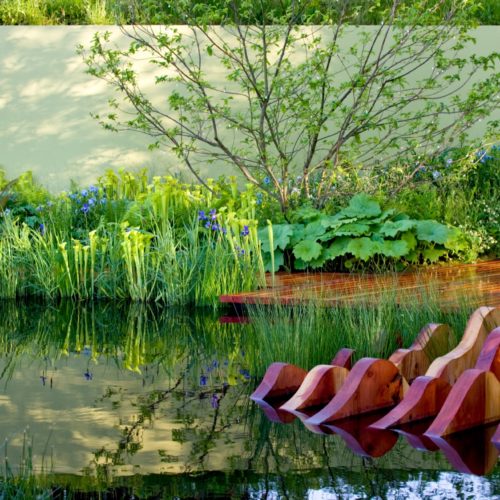 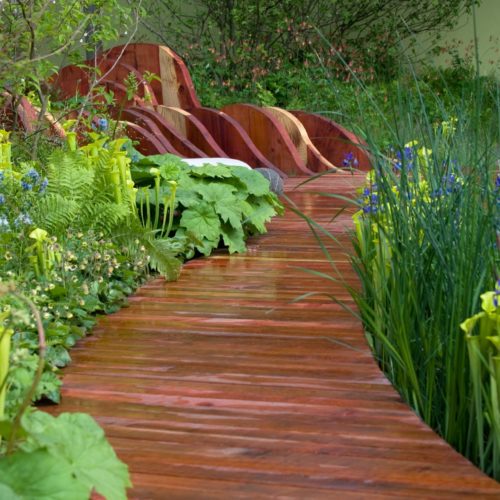 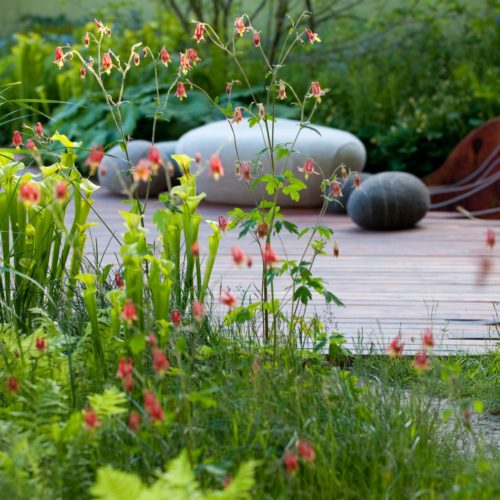 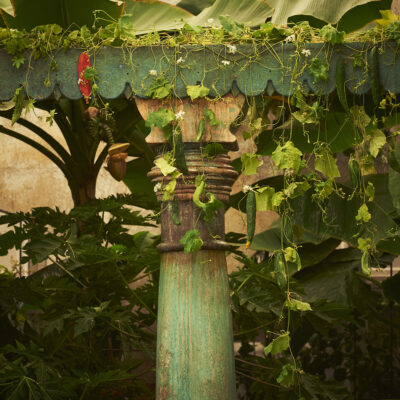 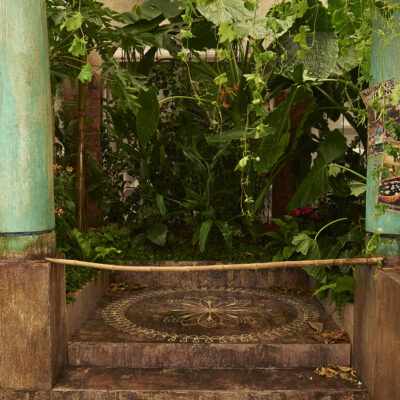 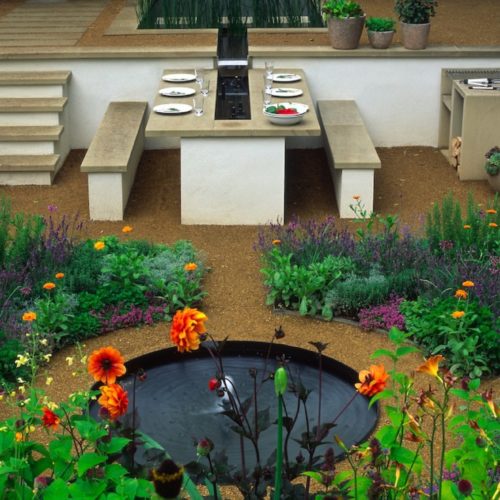 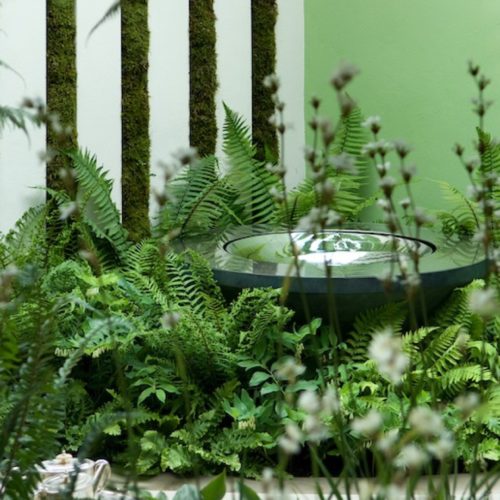 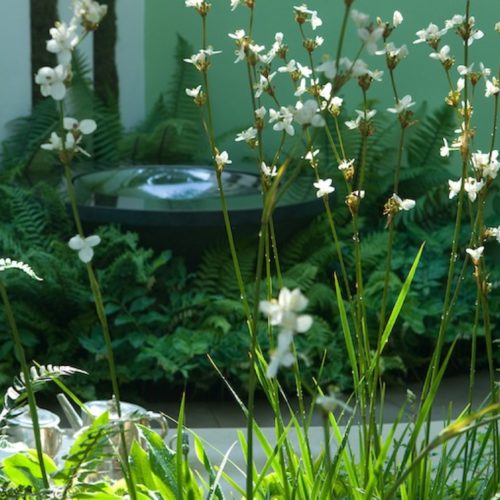 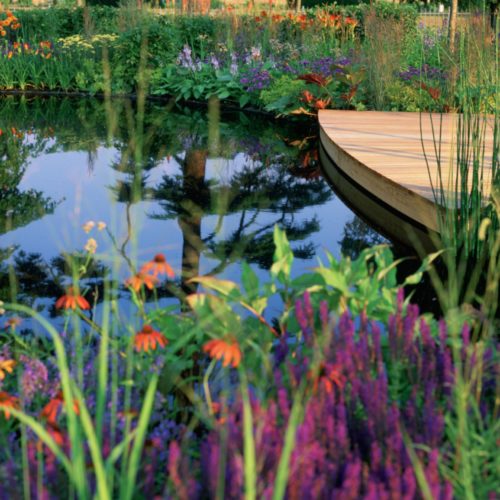 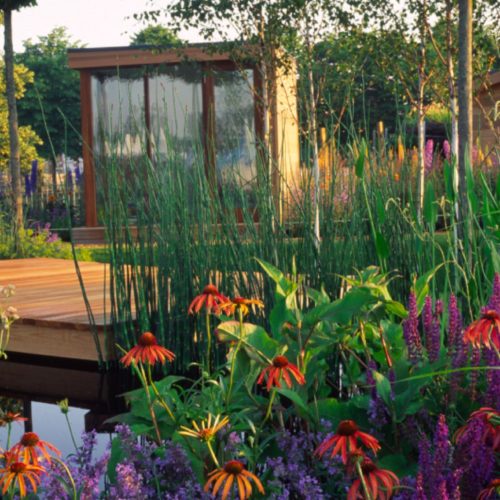 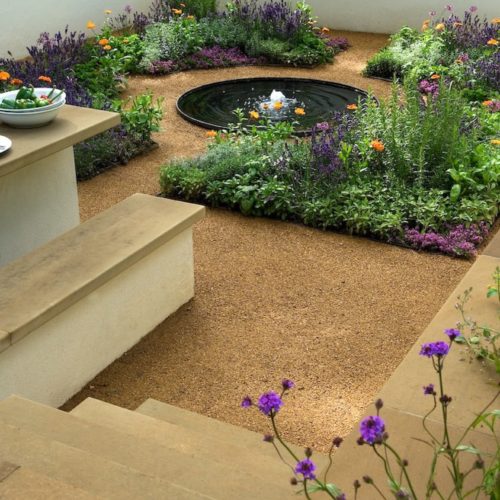